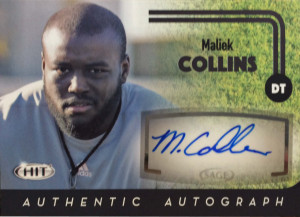 Maliek Collins was a defensive tackle for the Nebraska Cornhuskers.  He garnered second team All-Big Ten accolades and team Defensive co-MVP with 45 tackles, 14 for loss, and 4.5 sacks in his Sophomore year.   He started 12 of 13 games in 2015, but Collins’ production dropped with 29 tackles, seven TFL, and 2.5 sacks.  The ‘Huskers allowed Maliek to move around the line and displayed some good technique and moves along the way.  He figures into the 2016 NFL draft as a late second or third round choice.

The Dallas Cowboys were looking to fix their defensive problems after their recent years of futility. They’d select Collins early in the 3rd round.