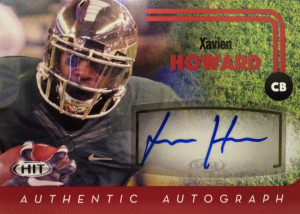 The Baylor Bears have been known to play defense fast and loose.  Howard played solidly however for Baylor over the last two years, starting 26 games while recording 93 tackles, 9 interceptions, and 23 pass breakups. He posted some decent numbers at the combine, and scouts liked his ballhawking attitude, but questioned his downfield speed and technique, making for an uneven tape. He’s expected to go as early as round 2 in the 2016 NFL draft. The Dolphins pulled the trigger on Xavien when their second round pick came up. He is expected to compete for a starting job in the secondary.