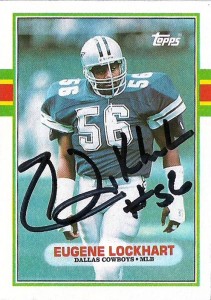 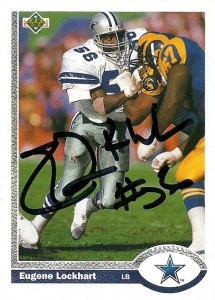 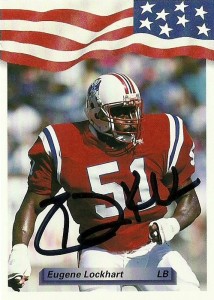 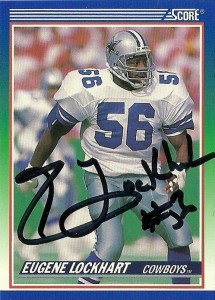 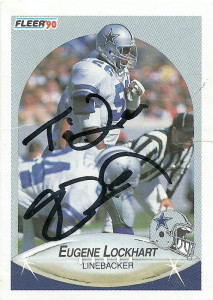 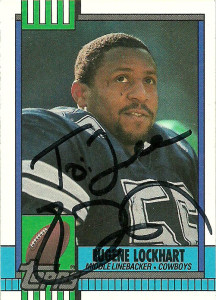 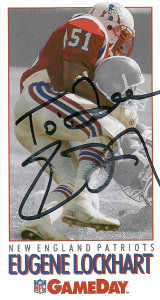 are quite unique. The Stars & Stripes were among my least favorite set- capitalizing off of American pride while just looking bad with the garish Photoshop effect on the type.  Each of the entries have very unique photos as the Topps 90, (in which most cards of the Cowboys are straight up portrait style,) has grown on me over the years.

After emerging from prison from a three year stint for being a part of a mortgage fraud scheme, Eugene has been humbled, but rededicated himself in life to the things that matter most.  He’s a family man who loves to cook. He has goals and wants to become a motivational speaker for kids and incarcerated inmates, and join the Dallas Cowboys Alumni Association so that he can meet and greet all his fans. He’s a warm story and I hope that he is able to find the validation and redemption he deserves.