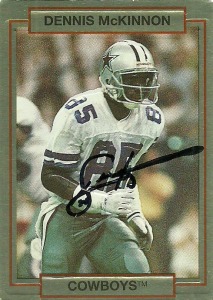 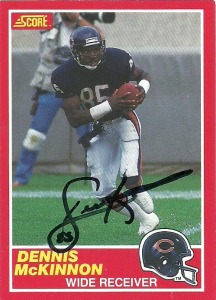 Dennis Super Bowl XX victory in 1985 still holds a special place all these years later. He works with the Chicago community and runs Bearly Active Production- an outreach and services program that he and his former Bear teammates are involved in.  Dennis is a civic leader and role model, both at the city and state level.  Previously Dennis served as the offensive coordinator at Illinois Bendictine University where he was a man of many hats from recruiting to marketing. He also worked for the Chicago Bandits (women’s professional softball team) in their front office in corporate sales. McKinnon signed these two gems in about two weeks time.