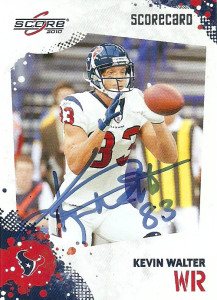 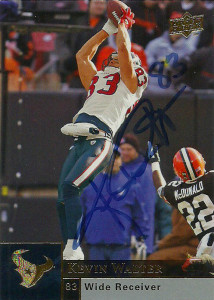 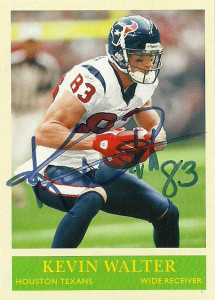 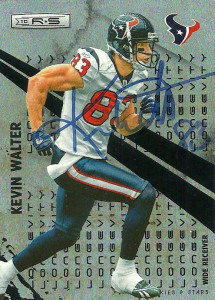 The previous one I had signed before, bubbled because of the finish on the card.  After my initial luck back in 2009/2010, I tried to go back to the well again to get Walter on some more cards. He’d be cut after the 2012 season, thus ending any chance on getting his autograph on anything else.

He posted two respectable seasons in 2011 (39 receptions for 474 yards and 3 TDs) and 2012 (41 receptions for 518 yards and 2 TDs) for the Texans.  The receiver needy Tennessee Titans signed Kevin that following season, but he didn’t take a snap due to injury. Kevin would retire after the 2013 season.  He was later named to the Houston Texans’ 10th Anniversary team.

I contacted Kevin at his home address in Texas where he signed these cards for me with his amazing signature. (The postmark on the return was from New York.) He also responded by wishing me and my family well, as well.