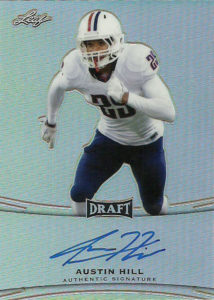 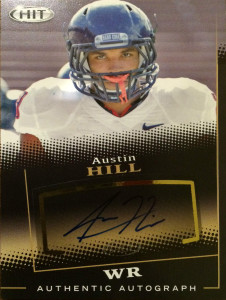 His Sophomore season was a breakout year at Arizona, as Austin Hill had 1,364 yards and 11 touchdowns. Unfortunately he tore his ACL, going down in the second-to-last practice of the spring. After he returned in 2014, his numbers fell to 48 receptions for 630 yards and 4 TDs.  Concern lingered into the draft about his knee, and Austin went undrafted.

Austin has kept the dream alive, and his agent must be commended for how he’s kept Hill in the face of executives and scouts. He has been on the rosters of no less than 5 teams including the Raiders, Jets, Patriots, and the CFL Ottawa Redblacks. He became a fan favorite on NFL’s Hard Knocks with the Los Angeles Rams at his last and most recent stop, with his pure love for the game and his daughter.  He was among the final cuts made by the team, but may make an impression on an NFL team’s practice squad somewhere.