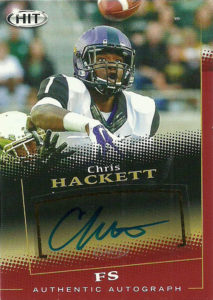 Hackett was not selected in the 2015 NFL draft.  He’d sign with the Tampa Bay Buccaneers but was released during final cutdowns. Later that year, Hackett was signed by the Oakland Raiders to their practice squad. He’d be released during the 2016 preseason. Currently he’s a free agent.