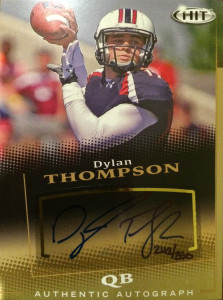 Dylan Thompson played quarterback for the Ol’ Ball Coach, Steve Spurrier, at South Carolina. While Dylan did not see any starting duty in his first 3 years at the school (behind Connor Shaw), he put up school record numbers in his final campaign in 2014. During his Senior year Dylan was 270 of 451 for 3564 yards with 26 touchdowns to 11 interceptions.

In 2018 things went in a new direction for Dylan as he was hired by the Detroit Lions as a Character/ Player Development Coach.