Hines Ward played 14 seasons in the NFL from 1998-2011. After posting decent numbers for the Georgia Bulldogs (144 receptions for 1965 yards and 11 TDs) over his college career, Ward was selected in the 3rd round of the NFL Draft by the Pittsburgh Steelers. Although he didn’t find immediate success, by 2001 Hines was really starting to round out as a marquee receiver, posting his first (of 4) 1,000 yard campaigns, and first (of 4) Pro Bowl appearances. In 2002, he’d have a career high 112 receptions for 1329 yards and 12 TDs. Hines won Super Bowl XL MVP honors after catching 5 passes for 123 yards and a TD. Despite legendary names in the Steelers wide receiver corps, Hines finished at the top of most of the team’s charts before retiring.

He’s dabbled here and there in sports commentary and as a celebrity judge, but it was when he was given the opportunity to be involved with the AAF that he has really seemed to jump out there.

After getting lucky with Troy Polamalu at the San Antonio Commanders team reveal, I stocked up on other executives for the inaugural game. The ticketing office hit a snafu with me on my tickets and offered me a floor pregame pass during the season. I asked to get on the field for the opening game- but I was told that the league was expecting a lot of executives for the event. I took this as a good omen. Sure I could’ve kicked myself for not packing a card of Kurt Warner who was broadcasting the game, but I was happy as it was just to get Hines.

Standing in the front row of the endzone, nobody noticed Hines. I waited until he got a good, close distance to me and called him over. He hesitated for a moment and then told his guest he was going to sign some autographs. I think he signed for two reasons. One, he had made it so long without somebody recognizing him wandering around the stadium, so I had to be a fan. Two, Hines is all on board with the league and its mantra. He is genuinely excited to share the vision of the league with fans.

Later when I posted the autograph to one of the message boards on Facebook, I found out that I was lucky to not only get two autographs out of him- but that I also got his full signature.

If I hadn’t gotten another autograph for the rest of the evening I would’ve still been tickled pink about it, as I learned firsthand that he can be a erratic signer back in 2016. This Upper Deck 2009 was amazing, and the photo is a rare treat. Hines put the autograph to the canvas perfectly! It compliments the image well and makes it feel even more exciting. The 2009 Score was a set need. I wanted the 2010 Score, but I thought just getting two autographs from Hines was greedy enough. 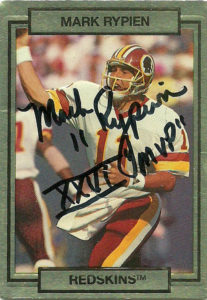 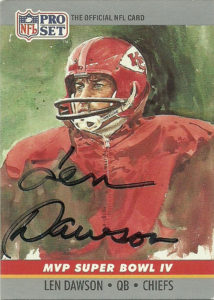