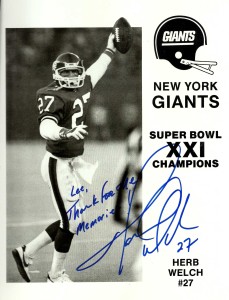 McCardell is one of the most successful 12th round draft choices in the history of the NFL (with apologies to Karl Mecklenburg). McCardell played for UNLV through 1990, a place that is not exactly a powerhouse school when it comes to football; However, Keenan has gone on to be probably the most prolific football player outside of Randall Cunningham to play for them.

The Redskins took a shot at McCardell in the 12th round of the 1991 draft. This draft was interesting as with the exception of Herman Moore, there were no clear cut starting caliber receivers. Many of these players were projects or one trick ponies. Among the other talent at the position to come off the board before Keenan included: Alvin Harper, Jeff Graham, Ernie Mills, Ed McCaffrey, Mike Pritchard, Randall Hill,Wesley Carroll, Jake Reed, and Johnny Walker. Really pretty much, any receiver was taken before pick 326, when Keenan got the call. McCardell spent the entire season on IR, but he was also buried on the depth chart behind Art Monk, Gary Clark, and Ricky Sanders. He didn’t play a down for the team and was cut after the season. Keenan was intent to start over, and the Browns made it happen. Back then the Browns weren’t so horrible, and with the transition from Bernie Kosar to Vinny Testaverde underway, McCardell saw his production under a slow but steady increase. Although he could not crack the starting lineup, Keenan’s numbers were not overlooked by other clubs, and after the 1995 season concluded, he signed a free agent contract with the Jacksonville Jaguars.

It’s with the Jaguars that Keenan is best remembered by fans, paired up with fellow receiver Jimmy Smith. It was also where he piled up numbers, and helped the franchise reach the pinnacle of its current history, culminating in the AFC Championship game in 1999. During Keenan’s time with the franchise catching passes primarily from Mark Brunell he racked up 499 receptions, 6393 yards, and 30 touchdowns.  In the meantime however the Jaguars had begun to slide and they fell into salary cap hell where Keenan was now viewed as expendable. Going down the road, he signed with the Buccaneers in 2002, just in time to help the team win its only Super Bowl. In the big game he snagged 2 touchdowns en route to a 47-21 victory over the Oakland Raiders. Returning in 2003, he had his final 1000+ yard season of his career, but bogged down in a contract dispute with the team after the season, he’d walk and sign with the San Diego Chargers in 2004. Off to a slow start not really worth mentioning, he’d post his best season with the Chargers the next year with 917 yards on 70 receptions and 9 touchdowns.

After another subpar 2006, McCardell was off to free agency again, signing with the Houston Texans in 2007. The Texans were hoping to capture some of that former magic that he had, and McCardell was looking to come back to his home city, but he’d be cut before the season began. Keenan ended up playing his final season where he started, with the Washington Redskins, retiring after the season. I had targeted McCardell early when I heard he was going to be at Fan Fest this year. I gambled that he wouldn’t have that much of a demand because he was always sort of under the radar, – even though his statistics said otherwise. When I asked him about the tragic situation that is Jimmy Smith, he told me, “I don’t know. I don’t know. Things have to get better. Things have to get better.” Hopefully, both he and Jimmy will appear next year. After briefly dabbling in coaching, Keenan moved back to the Houston area, and has gotten into sports radio with 610.

I packed 4 cards of Keenan, but should have brought more, as I got them all signed in one shot when I met him. He loved the Black Diamond Upper Deck and Upper Deck card of him in his Tampa uniform, remarking that he’s only seen the Tampa card once before and keeps many of his own football cards at home. The Black Diamond and the Tampa Upper Deck cards were chosen because I wanted ones that looked good and had great design. The other 2 cards (Upper Deck MVP and the Bowman Houston Texans) were chosen because I felt that his best years were represented in Jacksonville, and also because I had to get one of him in his brief stay as a member of the Houston Texans, since it was his only one. Sure both of these cards are butt ugly, and I never will consider collecting these sets for the purpose of autographing, but for the sake of posterity it seemed fitting to frame those years of his career.

It’s probably just a matter of time now for Keenan before the Jaguars induct him into their “Ring of Honor”, as he remains a popular player among the Jaguar faithful. He may also be a decent seniors candidate for the Hall and outside of Fred Taylor has the most solid resume for it representing the Jags, but with such a logger jam at receiver being created by the ‘New Modern Era’ passing game, it may only be wishful thinking on my part. Still McCardell’s numbers are pretty good for a guy who was only a 12th round draft choice.