Paired with Ricky Williams the day the Heisman House tour came to Austin was none other than UT’s very own Vince Young. It seemed like a no brainer to go to the event. While it’d seem odd that VY would be a guest at the event- it completely made sense for a variety of reasons. UT was playing USC, and while the rivalry from that great 2006 game has dimmed slightly, the comradely between the two storied schools has grown. Vince recently was inducted into the Rose Bowl Hall of Fame, 10+ years after he became the only two time MVP of that game, (little less with one of them for a National Championship against USC). The final reason is because VY wanted to win the Heisman in 2006, but it was given to Reggie Bush instead. When Bush had to vacate the honor, the presenters tried to give it to Vince Young- but he declined the secondhand award.

As usual Vince strolled in 20-30 minutes late, much to the chagrin of those standing in line for autographs. He was accompanied by none other than USC runningback LenDale White. I had no clue but apparently VY and White were very good friends. They had become close after their years on the Titans together. Vince did a short interview about his time playing at Texas and answered a few questions. He then donned a pair of shades and signed autographs for the fans in line. I didn’t really want to push it so I was quite happy to have him pen this Panini Contenders 2018 card. We talked for a second and exchanged pleasantries. He told me, “To be blessed!”, and I told him, “Hey, you know you have a choice. You can get up in the morning and be happy if you want or mad. I choose to be happy.” He then responded, “You know it.” This was probably my second best experience meeting VY. It’d be in stark contrast to his appearance at Kicking It ATX.

I had high hopes for the Kicking It ATX event at the Domain. I had really bad luck the last few in person events, as very little had been scheduled and the cancellations kept rolling in. I got probably 9 or so cards of Vince ready to go and with him proclaiming on Twitter that there would be special guests, I got pumped that maybe there’d be a few other guest stars.

It was a total letdown. Outside of Vince, Aaron Ross and his wife just had a baby and had to make a last second cancellation. They basically walked in the door- and back out. Vince was pretty nice to fans, but when I asked him if he was going to watch the new football leagues (XFL, AAF), he told me essentially no, but with an f-bomb attached to it. He signed these three cards, for me, but I just felt like he wasn’t happy at all that I was there as he gave me and my friend the stink face while signing our stuff.

I know that I am an older fan and collector. Most players just don’t see that anymore. They see people like me as a threat to their brand or another white guy EBay-ing their autograph. I just left that event feeling introspectively defensive about my involvement in the ‘The Hobby’, and it maybe the end of the road for me getting VY’s autograph.

I decided in the end to give away two of the cards I got from the event. Bryan is a good guy who just seems to have bad luck. He’s almost like John Candy from ‘Planes, Trains, and Automobiles’, and like John’s character, he has a giant heart for ‘The Hobby’. There’s nobody more deserving of one of these than him- so I gave him the Playoff Contenders 2010. The other card- the Donruss Classics 09/10, had been in my collection for a while. Eric and I have been chatting it up back and forth for sometime and he’s helping me on a super secret signing or two, so I felt it’d be nice to drop him the other one out of the blue as well. 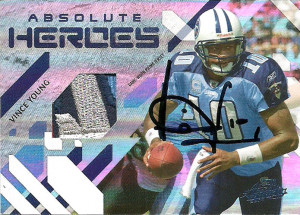 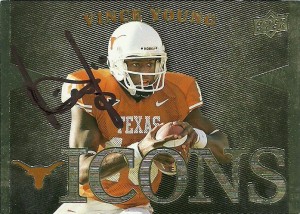 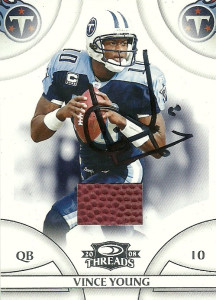 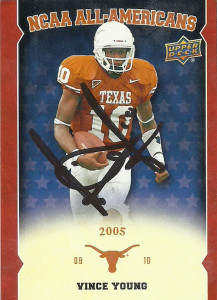 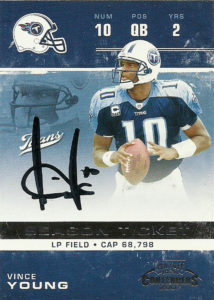 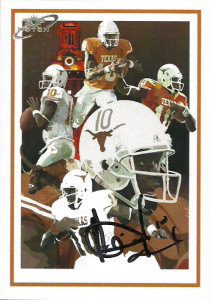 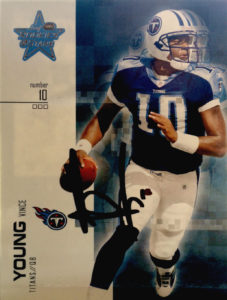 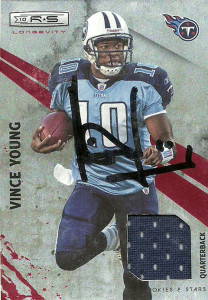 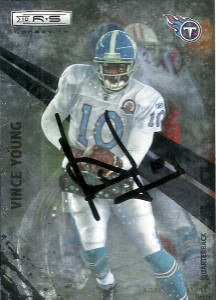 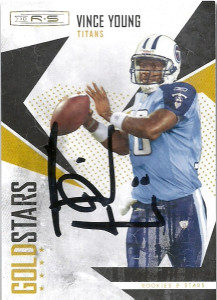 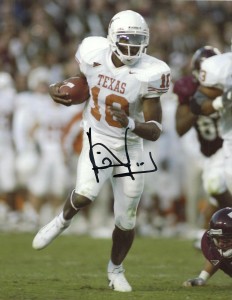 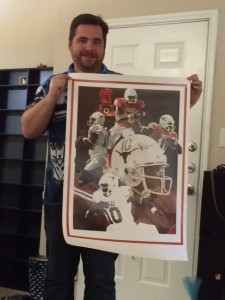