I always thought Josh got a bad wrap. His 2010 was a really solid campaign, and while he did survive the Raheem Morris epoch, he was able to rally the team to a decent 7-9 record while posting some pretty decent numbers.

I had worked with my friend Chris in tracking down Josh’s address. He wasn’t at the top of my list, so I let Chris at him first. After he got a success, I went ahead and put my cards together and sent them out.

Earl Okine is a giant of a physical specimen clocking in at 6’8″, 290. He played defensive end and tackle for the Florida Gators from 2009-2012. Over that period he managed 27 tackles and a sack. He’d go undrafted in 2013- later signing with the Houston Texans, and then briefly joining the Calgary Stampeders of the CFL. In 2014, Earl played for the Orlando Predators of the Arena leagues, where I saw him play against the San Antonio Talons that year. He notched 28 total tackles, 5.5 sacks, 3 pass blocks, and a forced fumble. Later he hopped over to the FXFL to join the Brooklyn Bolts.

Earl finally found a home in the NFL with the Colts in 2015, spending nearly the entire season on and off the Colts regular season roster and practice squad. He then spent the next year on the Kansas City Chiefs on the bubble of the roster as well at OLB. After a short stay on the Lions, he’d spend the entire 2017 season on the practice squad of the Cardinals.

He’d join the Alliance of American Football in 2018- signing with the Orlando Apollos. The Apollos decided to put Earl’s strengths to best use at outside linebacker. Earl started 7 games for the 7-1 Apollos. He finished with 26 tackles, 5 sacks, and a critical tipped ball interception that he made to seal the win against the Memphis Express in Week 8. 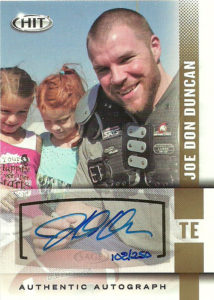