Bill Polian has a long and storied career as a football executive that spans across 4 leagues: The NFL, CFL, USFL, and the AAF.

After graduating from NYU in 1964, Polian began his careeer as a scout for the Chiefs in 1978. He also spent time with the Blue Bombers and Alouettes in the CFL as well working his way up to Personnel Director. A one year stint in the USFL Chicago Blitz in 1984, led Polian back to the NFL. He’d then begin a long and storied career with the Buffalo Bills later that year as the Pro Personnel Director. He’d help transform the Bills into an NFL powerhouse laying the foundation for the franchise to appear in 3 consecutive Super Bowls. He was released by the team after they lost their 3rd Super Bowl in 92.

A 3 year hiatus saw Polian return to the NFL with a vengeance as GM of the expansion Carolina Panthers. He was able to assemble enough talent that the franchise posted a expansion record 7 wins in 1995, and an even more impressive 12 wins in 1996. After a down year in 97, Bill joined the Indianapolis Colts as General Manager.

His first move was a no brainer: Selecting Peyton Manning with the first overall pick of the 1998 NFL Draft. Later he’d hire Tony Dungy to coach the franchise, and the rest is history. After the reorganization of the divisions in 2002, the Colts would dominate the South- winning 7 divisional titles under his watch. Indianapolis appeared in two Superbowls winning XLI. He’d not be retained after the 2011 season.

Bill felt the siren’s lure and resurfaced again in 2018, where he signed up to be Head of Football of the upstart Alliance of American Football, co founding it alongside Charlie Ebersol. The league was able to pull off 8 weeks of football before it collapsed due to financial strain. Bill Polian was greatly disappointed in the failure of the AAF and in chief financial cow Tom Dundon who pulled the plug.

I wrote to Bill after creating a dead on custom of the Topps AAF certified card. Thanks to COVID I had to find a new custom printer. The card quality was outstanding, but I didn’t prep the high gloss card, so the autograph didn’t stick properly to the card. He also signed this Panini HOF card for me as well. 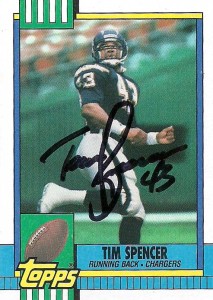 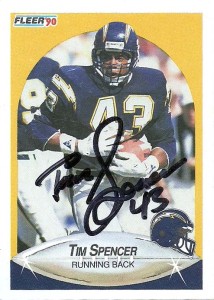 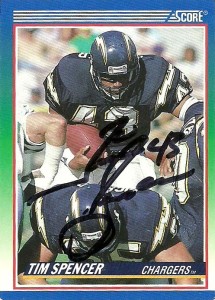