After he smudged one of the cards I wanted him to sign that I had previously sent to him, I waited a year and gave him another shot on two more cards. He did however return that Upper Deck College Legends in almost record time in just 4 days flat.

Topps really had come a long way over the years, and their Fire branded entry was really high end stuff. When I got this card, I knew I wanted to eventually get it signed. Tony appears in most of the Panini stuff, and I still need to possibly go back and get him on one last card or two, but who knows if he will still be signing by then as CTE has really taken its toll on the former stalwart back. 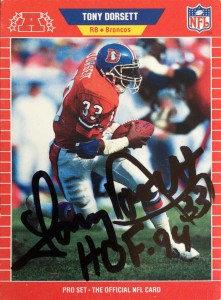 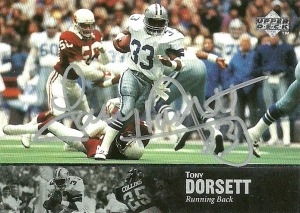