A three year starter at the University of Akron at tackle, John Buddenberg clocked in at 6’5″, 279. He’d be selected in the 10th round of the 1989 NFL Draft by the Cleveland Browns and then later spent time on the rosters of the Minnesota Vikings (1989) and Pittsburgh Steelers (1990). During his time in the NFL, Buddenberg was shifted inside to play guard.

In 1991 John was selected by the Sacramento Surge of the World League of American Football. A stalwart member of the Surge’s offensive line front, he played in all 20 regular season games for the franchise over the lifetime of the World League (1991-1992), earning first-team All-World League in ’92. For both years he’d return to the NFL and was on the practice squad of the Atlanta Falcons.

After the World League reorganized following the 1992 season- the Sacramento Surge jumped to the CFL and became the Goldminers. John joined the franchise and played both guard and tackle for Sacramento in 1994, and (for the franchise when it moved to San Antonio and became) the Texans in 1995.

John currently lives in Ohio. He responded with a nice note and two extra autographed cards (the Jogo ones) thanking me for being a fan of the World League. 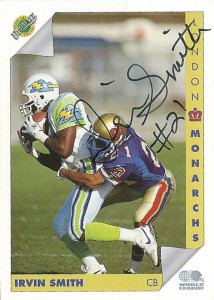 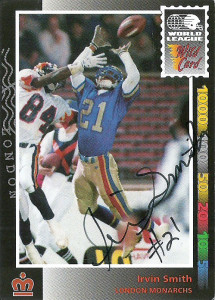 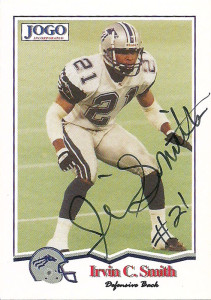 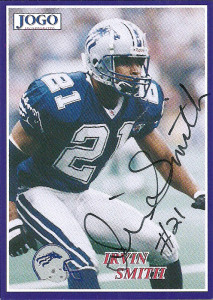 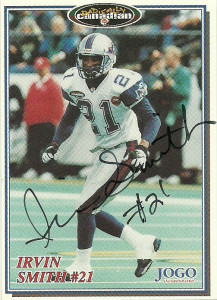 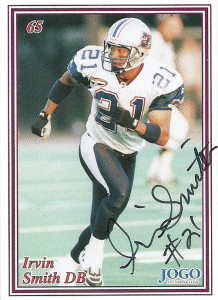 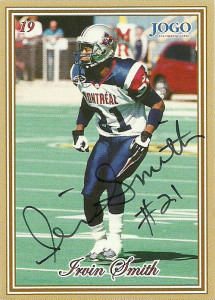 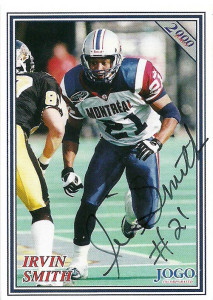