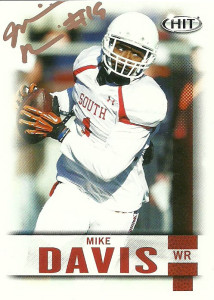 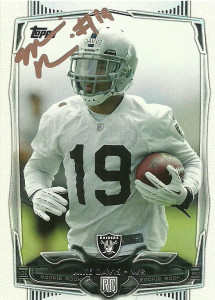 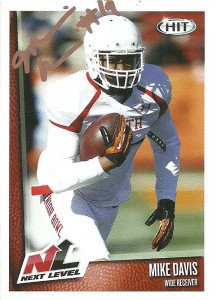 A good runner with great balance, instincts, and vision, Mike Davis worked his way into the starting lineup of the South Carolina Gamecocks as a Sophomore, breaking off a 75 yard TD run in not his first game but his first two games. Davis ran for an SEC leading 1,183 yards and 11 touchdowns in 2013- all the more impressive considering he ran for the majority of it in the second half of games. Mike would be the 8th Gamecock to break the century mark, and his hard running helped South Carolina average over 200 yards a game on the ground. In 2014, Davis returned to the Gamecocks running for 982 yards and 9 touchdowns. He also displayed a touch catching the ball out of the backfield with 32 receptions for 368 yards and 2 touchdowns. After the season concluded he declared for the NFL draft. The 49ers selected Mike in the 4th round of the 2015 draft. An excellent value pick, he’s expected to step in and compete immediately for starting time since Frank Gore departed for Indianapolis.