Wayne Dickson played in college for the Oklahoma Sooners from 1986 to 1989. He jumped from linebacker to defensive end in 1988, and then in his Senior year, Wayne was an All Big 8 Honorable mention.

After going unselected in the 1990 NFL draft, Wayne signed with the San Diego Chargers but did not make the squad. He quickly found a home in the CFL with the British Columbia Lions, and then in 1991 with the Saskatchewan Roughriders where he recorded 2 sacks.

Dickson then be selected by the Orlando Thunder of the WLAF and slotted in at left inside linebacker. He’d lead the team in sacks with 5, and was actually the team leader in tackles- before an injury ended his season. Wayne returned to the Thunder in ’92, and added 2 more sacks to his resume as Orlando played in World Bowl II. Following the reorganization of the World League, Wayne joined the Arena Football League, seeing a stint with the Orlando Predators in 1994. In 1995, Wayne was briefly on the radar of the Dallas Cowboys- attending training camp and honing his skills alongside Charles Haley. He then played one final season in 1996 for the doomed Texas Terror Arena franchise posting a sack, before hanging up his cleats.

I wish they (WLAF/NFL) had given us the 5 year time table that they had originally promised!

A spirited return from former linebacker and Orlando Thunder player Wayne Dickson, as he wrote me a full page response and thanked me for writing. In it he detailed a small bit of trivia: That his first name was ‘Elvis’. (Little did he know, this was how I found him to begin with!) A great card of Wayne here. I just love how his fingers are wrapped in playing tape. 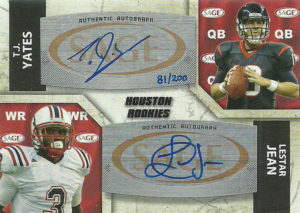 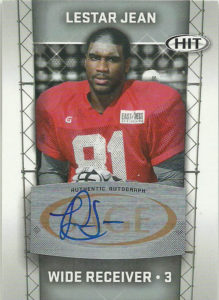