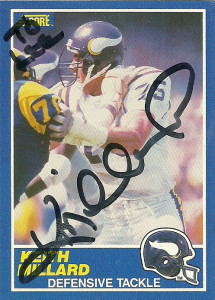 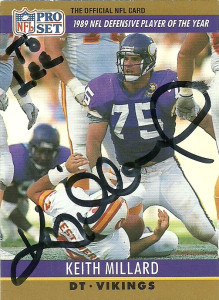 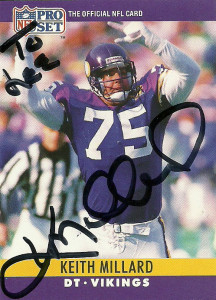 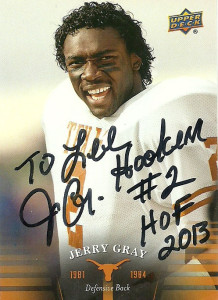 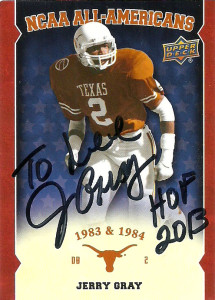 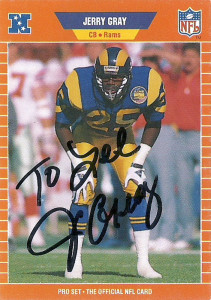 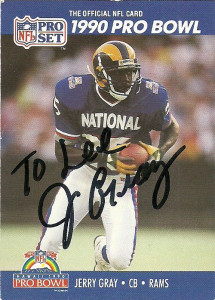 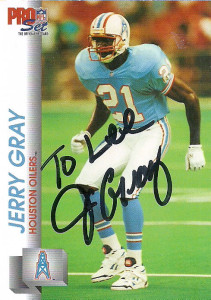 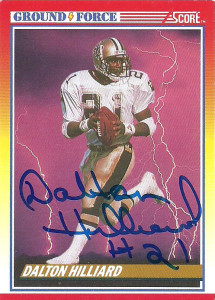 Dalton Hilliard was an accomplished runningback from LSU. Considered undersized, but possessing incredible speed paired with excellent cutting ability and balance- Hilliard fit the mold of a protypical slasherback. Dalton joined an impressive group of runners at LSU in 1982, alongside Gene Lang and Garry James. He’d establish himself as the lead back, narrowly missing 1,000 yards. His 16 TDs shattered the Freshman scoring record held by Herschel Walker. From there Hilliard etched himself into the school’s recordbooks, becoming the Tigers’ all-time leading rusher with 4,050 yards.

Dalton was drafted near the top of round 2 by the New Orleans Saints in 1986.  Again, the knock on Hillard centered on his size and durability at the next level, despite his robust productivity. Head Coach Jim Mora was determined to give the Saints a strong rushing game, and unabashedly drafted 3 more backs during the draft: Rueben Mayes (3rd), Barry Word (5th), and Gil Fennerty (7th). In addition, the Saints signed USFL Breakers runningback/ fullback Buford Jordan. Hilliard finished as the team’s second leading rusher his rookie year with 425 yards and 5 TDs, as Mayes established himself as the lead back. 1987 saw Hilliard emerge as a touchdown threat. He’d lead the team in TDs with 8 as the Saints cracked the playoffs with a 12-4 record, in a rotational platoon. As injuries sapped Mayes productivity, Hilliard began to see more playing time. 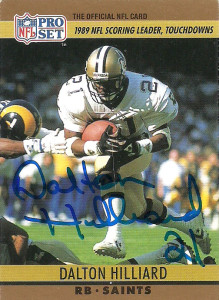 Dalton returned to the Saints for 1991, but was relegated to primarily scat back status, as Fred McAfee and Craig ‘Ironhead’ Heyward, also shared time with Dalton through the 1993 season. After the season the Saints did not reelect to sign him. Dalton decided to retire, less than 100 yards from being the team’s all-time leading rusher.

Hilliard entered into the business world where he’s had a lucrative contracting businesses, and is currently a CEO for an energy corporation.

At one point, I had gotten Dalton’s Starting Lineup figurine, and back in 2011, I sent out for his autograph but never got a response. He was just one of those players who had some amazing looking cards over the years.  Unable to get a response from him, I did a paid signing in 2015 to finally knock him off my list.