Steve over the last few years has become an insider and ambassador with the Denver Broncos organization. He has continued to be a good signer TTM, although since I originally got him back in 2011, he’s stopped signing as quickly and now only signs one item per person. For a few people he even short signed his initials. Atwater like many players has probably gotten frustrated with collectors and resellers abusing his generosity and going back to the well too soon and too often. I felt that since it had been… almost 10 years, it was fair of me to shoot out this classic Action Packed card of his.

Atwater was elected as part of the mega NFL 100th Anniversary class to the Pro Football Hall of Fame in early 2020. 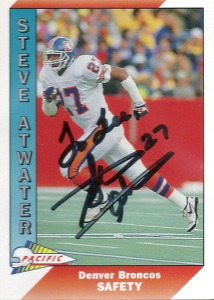 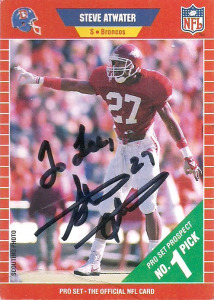