George played ball for Eastern Tennessee State from 1987-1990. A big an powerful tailback, George set many rushing records for the Bucs that still stand today. A member of the Bucs upset win in 1987 over NC State- Searcy caught a TD pass to help cinch the win. He then ran for 210 yards over the Citadel in 1989- a season in which he ran for 1,324 yards on 275 carries, and scored 17 TDs, winning the Southern Conference’s Offensive MVP Award. During that season he logged 5 games with over 30 carries and 4 games with 3 TDs. George closed out his career for the Bucs with 462 carries for 2,262 yards.

George was not selected in the 1990 NFL Draft. He signed as a rookie free agent with the Washington Redskins, but did not make the squad. He joined the San Antonio Riders in 1992 after being selected in the 6th round of the player draft. He was a key cog in the Riders World League leading rushing offense, blocking up front and spelling for league leader Ivory Lee Brown that year. George ran 43 times for 195 yards. A dependable receiver out of the backfield, Searcy caught 36 passes for 267 yards and a TD. After the World League folded George stayed in playing shape, and showed up again briefly on the radar of the CFL for the Toronto Argonauts in 1995.

I was positive that I had already taken a shot at George back 5-7 years ago, but after researching my records, I determined I had not. After doing some digging online, I found out that his daughter lived in Florida. The breadcrumbs slowly led me to him, so I decided to throw this card out there and take a shot.

He signed this card in 45 days and included this nice note:

i am sorry for the delay in returning the card. Thanks for being a fan. I had a great time playing in San Antonio. Good luck with your mission. 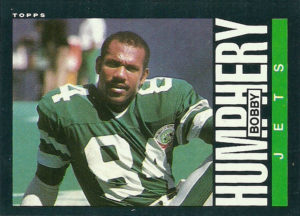 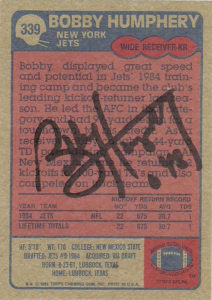 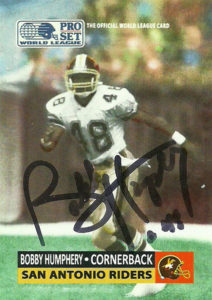 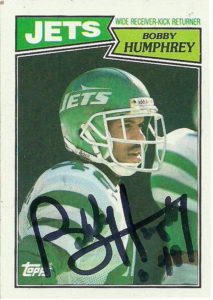 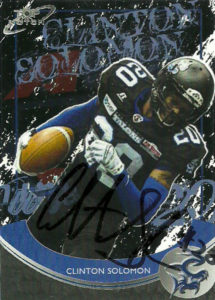