Braylon was a phenom at Michigan playing WR for the Wolverines from 2001 to 2004. He’d cross over the 1,000 yard barrier in 2002, 2003, and 2004. He’d post 97 receptions for 1,330 yards and 15 TDs in his Senior campaign as he won the Bilitnikoff award as the nation’s best receiver. With great speed and hands, Edwards was considered a top flight blue chip prospect

Braylon was drafted by the Cleveland Browns with the 3rd overall pick in the 2005 NFL Draft. After a rough rookie debut thanks to a brief holdout and a staph infection, Braylon took about half the season to break into the starting lineup. He posted 512 yards on 32 catches, 3 TDs, including an 80 yard bomb. In 2006, Braylon’s production began to ramp up with 884 yards and 6 TDs. His most impressive season came in 2007 when he rolled up 80 catches for 1,289 yards and 16 TDs earning a Pro Bowl nod. After a very difficult 2008 season in which Braylon saw his production drop to 873 yards on 55 receptions, he’d be traded 5 games into the 2009 season to the New York Jets. Braylon’s 2010 season saw him barely miss the 1,000 yard mark for the second time in his career with 53 catches for 904 yards and 7 TDs.

He then spent the next 3 years bouncing around the league, playing for the 49ers, Seahawks and Jets before retiring. Braylon was an exciting talent in the league, and that was evidenced in his statistics. In six of his 10 seasons, he had long catches of 65 or greater.

I had gotten the Donruss Rookies & Stars 2009 Gold patch and these Score cards of Braylon way back in 2012 or 2013 during Christmastime. I loved the Donruss card but was ultimately disappointed that I did not pull an autograph from the hobby box. I thought there was no chance I’d ever get it signed. So I was very surprised to see Braylon Edwards signing through the mail in 2020, but I was sorta slow footed getting these cards out the door. After a few nail biting weeks, he signed all three of these beautiful cards. 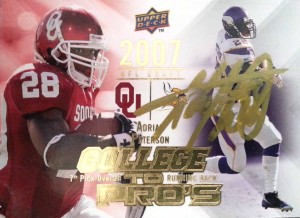 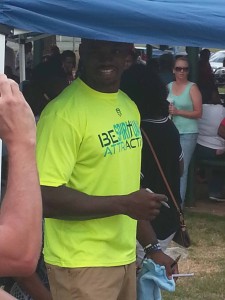 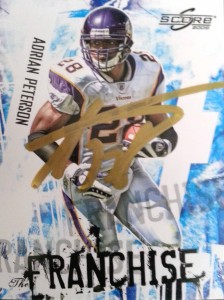