Bjorn Nittmo was the first Swede to play professional gridiron football and is considered an ambassador of the sport. While playing for the Giants, late night host David Letterman fell in love with his name and made jokes about it, leading to two appearances by Nittmo on Letterman’s show in late 1989 and early 1990. In 1999, Bjorn also appeared in the movie Any Given Sunday and was the placekicker for the Sharks.

Nittmo is unfortunately a long study in concussions and CTE. After taking a bone crunching hit during the preseason with the Bucs, he was never the same again. His short term memory was severely damaged by the injury and he apparently has dealt mood swings. Estranged from his family, he became a nomad of sorts, moving around the country, picking up jobs here and there. Over the years, multiple articles have been written about his case, so after failing out in 2010 on him- not knowing he was estranged from his family, I tracked him down in Northern Arizona of all places.

It’s a small world really. Back in 2007 I drove through Northern Arizona, and passed through the town he was living in. The only reason I remember it was because it was in the middle of nowhere, and it was just a blip on the radar, so I honed in on his location and wrote him a letter.

I was shocked to get a response from this ‘white whale’ in less than 30 days. It was nice hearing from him. I know his life has been… hard- over the last few years, but I hope that he is making the best of it and trying to better himself.

As a final note, I’d like to thank those out there who have collaborated with me over the years to find World League players. I have been at this for many years now. This is a success, for me personally, a triumph of singularity that others can only claim to have found, but more than likely got from me. – There is no reason I shouldn’t toot my horn about this one.

Nonetheless, I hope that this information finds its way into the right hands, and reunites some more players with each other and brings back fond memories of their time in the World League. 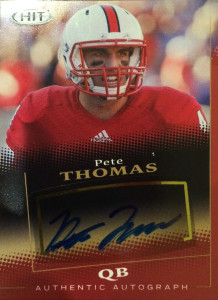