I had forgotten that I had gotten Steve previously as part of the Albany acquisition way, way back in 2012. It didn’t really deaden the excitement I felt however getting this autograph, considering Steve doesn’t sign very often, whether due to demand or reluctance, the turn around was pretty quick clocking in at a speedy 6 days. I really like this set, and have tried off and on through the years to get some of them signed but I am hesitant to try to get them signed TTM as these sets seem to be a bit rarer than advertised or sold. 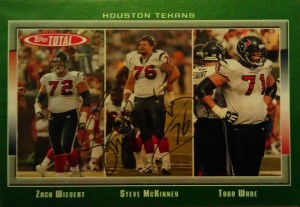