Bill Bradley signed my custom card of him, and also sent back the extra with more inscriptions upon it. A solid return, he wrote me a nice note with a full page of additional inscriptions and thanked me for being a fan and putting this website together with my shrines to the multiple leagues.

I hadn’t seen Bill since he appeared in Austin for the Upper Deck set signing back in 2011. In the meantime, while he was coaching at Lamar (2012-2014) I found this Upper Deck Legends card I really wanted to get him on, but I opted not to try him through the mail yet.

Time passed, and in 2018- after much deliberation, the Alliance of American Football established their last franchise in San Antonio. I quickly speculated that the team was going to nab Mike Riley as their head coach. While at the Season Ticket Holders Team Announcement Party, Mike let me in on a little secret since he knew I was a San Antonio Riders fan- he was courting Bill to come back and work for him on the Commanders defense as a defensive secondary coach!

Bill’s secondary in the AAF was an exciting unit to watch and led the league in turnovers. His coaching legacy now also includes the AAF Defensive Player of the Year Derron Smith, and a bevvy of players who were signed to NFL, Arena, and XFL rosters. 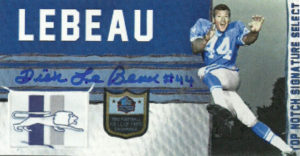 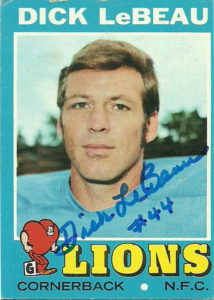