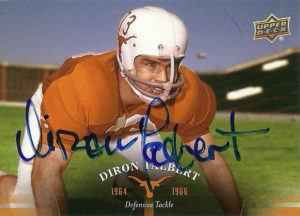 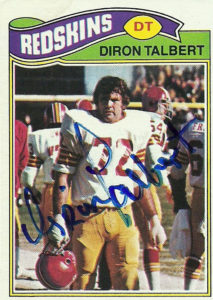 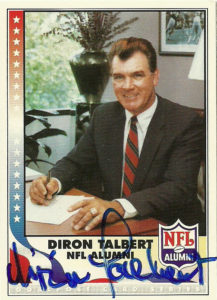 After having success getting Roosevelt Leaks through the mail back in 2012, I thought I’d pull a few more cards just in case I ran into him at a Longhorn function. Rosey had also done a Longhorn Legends luncheon at Fogo De Chao later on that I wasn’t able to attend, but I only had to wait a few months more, as he was at the Longhorn Neighborhood Foundation Bowling Tournament at Highland Lanes. He signed these 2 cards, which match the Longhorn cards I sent him back in 2012 exactly. While he was signing these two cards I asked him if he’d ever grow his lambchops back. He chuckled at me and said that “No, those days are long gone.”