I’m not really sure what’s up with Ricky Proehl. I’ve seen numerous successes for him, with some that even include the card pictured above, so after 3 failures over the years, where it looked like I was the last person out in the cold, a friend who I help out from time to time had this extra floating around that I could have. I would have liked to get Ricky on a card or two more, but after the 3rd or 4th failure- I routinely in the past look at other options, but for the time being I’ll stand pat with this one and will probably be a bit gun shy about trying him again. This card was a definite set need that I wanted to get out of the way for a while. I only got one when I broke a box years ago originally, so I’ve been out quite a few cards every time I wrote him.

Ricky Proehl gets no respect. He graduated from Wake Forest as virtually the school’s all-time leader in receiving yards (2,949 yards), and TDs (25), as well as ranking in the top five in receptions and receiving average.  He was selected in the 3rd round of the 1990 draft by the Phoenix Cardinals.

His rookie season was a solid debut, when he caught 56 passes for 802 yards and 4 TDs. These numbers were the best by a Cardinals rookie and the first to lead the team since 1950. He then played the next 3 years with the franchise, and set career marks in 1993 (65 receptions, 877 yards, and 7 TDs). Following the 1994 season, Ricky was traded to the Seattle Seahawks, where he played through 1995. In 1996, he rejuvenated his career playing with the Bears for a season, hauling down 58 receptions, for 753 yards, and 7 TDs.

In 1998, Proehl signed with the St. Louis Rams and became a member of ‘The Greatest Show on Turf’. He is perhaps best known for this time of his career, as he was clutch for the team, as a situational starter or when they needed him most. Ricky won two Super Bowls with the Rams over the next 5 seasons recording 207 catches, for 2590 yards, and 16 TDs.

At the grand old age of 35, Ricky still had a few miles left. He joined the Carolina Panthers in 2003, playing the majority of his sunset years with the squad. Over 3 seasons, he posted 1237 yards and 8 TDs for Carolina before one final season in 2006 with the Indianapolis Colts.

Ricky has been involved in coaching since retirement working with the Carolina Panthers from 2011- 2016. He also owns a sports park in North Carolina. His son, Austin followed in his footsteps and was most recently a WR for the Seattle Dragons of the XFL.

It should be noted that despite never posting a 1,000 yard season in his 17 season career, he finished with over 8,000 yards receiving in just 109 starts and recorded under 400 yards in only 5 seasons. 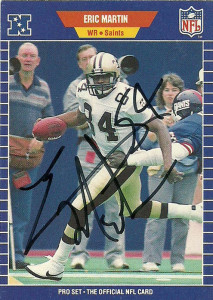 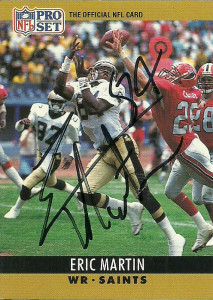 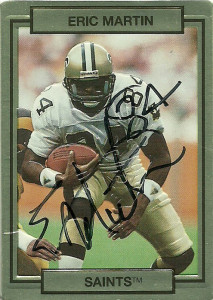 Bill Brooks was a reliable, sure handed receiver drafted by the Colts in the years before their brief Andre Rison fling. Taken in the 4th round of the 1986 draft, he’d be a pretty decent bargain for the Colts, as Brooks would make 1136 yards receiving his rookie season topping even perennial Pro Bowl receiver Ernest Givins who came off the board in the first round as well. A popular player among fans, Bill dominated the Colts receiving charts and was immortalized in the first edition of Tecmo Bowl on Nintendo. He’d fly under the radar for the majority of the remainder of his career for the Colts, yet lead the team in receiving in five of the seven seasons he was with the team. At 6’0″, 193, Brooks posessed a nice balance of size and speed to get open and make the catch over smaller defenders. He never failed to make below 700 yards a season until an injury plagued 1992. During his tenure with the Colts, Bill played with 7 different quarterbacks, ranging from Jack Trudeau and Chris Chandler, to Jeff George and Gary Hogeboom. Brooks played 3 more seasons with the Bills helping the team reach the Super Bowl XXVIII, and going from worst with Indianapolis to first in Buffalo. After his stint in Buffalo, Billy played one more final season in 1996 with the Washington Redskins before retiring with a respectable 8001 receiving yards.

Bill is well received by the Colts faithful and has been inducted into the team’s ring of honor. Holding multiple records for the Indianapolis Colts upon his departure, Bill now works in the front office for the franchise. One wonders how Bill’s career would have turned out if Eric Dickerson didn’t show up, the team didn’t have 4 coaches during his 7 years with the franchise, or he had regular consistency at the quarterback position.