A few days before the game I looked over the coaching roster of the Stallions again, and with that I found the veritable gem in Michael Gray. Packing his card into my stash to take to the game, I figured I could lure him over and nab him either after the half or the game. I identified him early on when he was on the field in pre-game warmups and as SLC battled SA to a standstill at the half, I was able to get his attention and flashed the card and pen. His eyebrows lifted and he mouthed to me that he’d sign after the game. After the game concluded, Gray was the last to leave and lumbered over to sign my card. He was in a hurry, but he was really nice. I told him that if SLC had half the crowd we did, with the way that defensive line he was coaching was playing, that the Stallions will beat us in Salt Lake in a few weeks. He smiled and thanked me for being a fan and left.

Mike Gray joined the BC Lions of the CFL in 1984 after he had tryouts with the Seattle Seahawks in both 83 and 84. He took the league by storm in 1985, earning All-Star Honors and CFL Most Outstanding Rookie Award that year, racking up 13 sacks and 2 interceptions. The following year (1986) Mike added another 6 sacks to his name, before being snatched up by the Ottawa Rough Riders in the league’s equalization draft for 1987. Before the 87 season began, Mike was cut, but was picked up by the Winnipeg Blue Bombers.

Much to both Ottawa and BC’s chagrin, Mike turned it up a notch for the Blue Bombers. From 1987 through 1989 he’d be one of the league’s most dominant defenders at defensive end averaging over 10 sacks and about 40 tackles a season. Gray played through the 1993 season, helping the Bombers to the 76th and 78th Grey Cups. During the 76th Grey Cup Mike came up with the game saving interception against his old team- the BC Lions- netting him Defensive Player of the Game Honors. 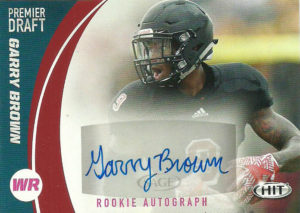