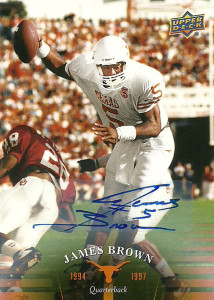 James Brown is one of my favorite quarterbacks from my time growing up watching UT football.  I remember when one of the local news channels showed a high school highlight reel of Brown running down the sideline in Beaumont.  I knew he was the real deal. When he joined the Longhorns I remember sitting in my High School cafeteria telling my friends that James Brown was going to be the next big thing. It didn’t exactly start that way for James.

After redshirting in 1993, he battled encumbent quarterback Shea Morenz for the majority of 1994.  He’d solidify his starting role under head coach John Mackovic, with a comeback Sun Bowl win over North Carolina- ironically over future Texas head coach Mack Brown.  With the impending death of the SWC, Brown led the Longhorns to the final conference title and a 10-2 record in 1995.  As Texas joined the new and flashy Big 12 for 1996, they stumbled out of the gate early, but recovered in time to face defending National Champion Nebraska for the league championship. There would be his signature moment, in a stunning upset over Nebraska 30-27, with the infamous Roll Left play on 4th down, deep in their own territory.  Although Brown did not see the same success in an injury plagued Senior season, it did culminate with him being named MVP of the Blue Gray Senior Bowl.  James Brown paved the way for future black quarterbacks (Vince Young) to start at Texas, and at the time of his departure from the school held numerous passing records. 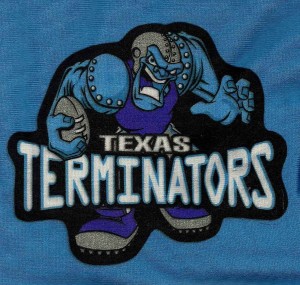 Back then in 1997 there wasn’t really the farm system in place at Texas to get every prospect to the NFL level. It also didn’t help Brown that a tsunami of bad karma hit James in his final year at UT, along with the fact he was considered undersized to play the position (6’0″).

Keeping his football dreams alive,  James played a preseason in the CFL with the British Columbia Lions in 1998.  He’d then become the marquee player of the IPFL, playing for the Texas Terminators based in Austin during 1999.  The Terminators played at the Livestock and Rodeo arena at the edge of town, a non-air conditioned arena sarcastically known as ‘The Barn’.

During the Terminators slaughter of the Colorado Crush that season, I caught one of the footballs as it bounced out of bounds. Afterwards I bought a James Brown jersey, that I still have along with the football till this day.  Brown earned Offensive Player of the Year Honors, as the team finished with the best record,  and played in the league championship. 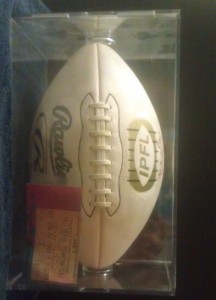 James jumped at the opportunity to play for the Arena Football League the following year, joining the Nashville Kats.  He’d play with the team through 2001, and the preseason for the Georgia Force in 2002, and after a short stint in NFLE with the Scottish Claymores, returned to finish the season on the roster of the San Jose Sabrecats of the Arena Football League. The Georgia Force in 2003 resigned Brown again, but after only a few games, James went back to the NFLE to join the Claymores, but instead ended up on roster of the Frankfurt Galaxy. He played in the two-headed QB rotation with Quinn Gray, as the team won World Bowl IX. He played a third time with the Georgia Force in 2004 when he decided to hang up his cleets. James felt the urge to play again, and after the All American Football League folded before it even got off the ground, he played one final season for the CenTex Barracudas of the Intense Football League, guiding the team to the playoffs.

James has been a coach for a few years now, both at the high school and college level. He coached at Lamar University for a few years, and in 2014 became head coach at Sunnyside HS in Houston, Tx. 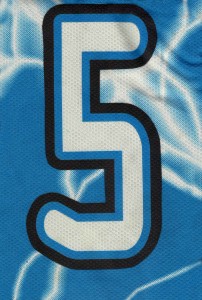 I emailed James in 2011 at Lamar University to ask him if he could sign some memorabilia for me. A few months later he responded giving me his address and telling me to send it there. I gleefully put the cards in the mail, along with photos of his James Brown jersey, and an SASE. I never heard back from him again. A few months went by and I emailed him, but still never heard back. Recently I had a conversation with another collector who reported a similar result.  I was pretty disheartened.  Luckily at the card break that I had, one of my fellow collectors hit this card, so I pulled the trigger to make the trade and grab this card.