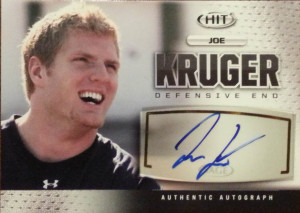 The youngest member of the Kruger family (Dave and Paul), whose NFL bloodlines all seem to travel through the Utah Utes, finished his college career with 69 tackles, 9 sacks, 3 forced fumbles and one interception. He opted to skip his Senior season and declare for the draft. He’d be selected in the 7th round of the 2013 draft by the Philadelphia Eagles. Placed on IR, he’d be released in 2014, but quickly in succession find a home with the Chargers, Packers, and Steelers as a practice squad member.