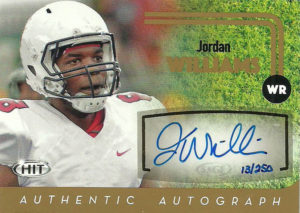 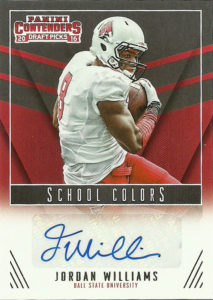 A solid receiving option in the Ball State offense, Jordan Williams – Lambert was a 2nd team All Mac selection in both his Junior and Senior seasons.  Scouts liked his size, but after a poor showing at the combine, Williams-Lambert left them scratching their collective heads.  Jordan’s tenuous draft stock fell. Going unselected in 2016, he was picked up by the receiver needy New Orleans Saints. He got some playing time in during the preseason catching 3 passes for 58 yards, including a nice 30 yarder.  The Saints liked what they saw out of Jordan and kept him in the family, signing him to their practice squad, and later again for 2017.