A 5th round pick of the Orlando Thunder during the WLAFs inaugural positional draft in 1991, Rob Sterling played college ball at Maine. After graduating in 1988, he’d be selected by the Eagles, but spent the entire year on IR. Acquired via plan B by the Jets the following season, he didn’t make the squad, but returned to the Eagles where he saw time on the team’s developmental squad.

Still hungry to play football, Rob signed up with the fledgling Arena Football League, and played for both the Albany Firebirds and the Washington Commandos in 1990. In limited action, Rob had 5 receptions for 50 yards and a TD, and 8 total tackles- playing both ways.

A rangy playmaker with good speed, Rob finished 3rd on the Thunder in Tackles with 43 stops and 9 pass deflections- after sitting out the final game with a knee injury. Rob’s biggest highlight came when he took a lateraled interception 33 yards for a TD against the Raleigh-Durham Skyhawks. He did not return to the league for the 1992 season.

I collaborate with fellow collector Mark (of Marks Signing Bonus) on a semi-regular basis through Sportscollectors.com. He and I send WLAF addresses back and forth of players we have gotten lucky on and while he claims that I am regularly on point, he comes up with some killer finds- including Rob Sterling. Rob originally hails from Jamaica, has got a pretty common name, and went to Maine (of all places), so I pretty much gave up on this one some time ago after doing a ton of research. Thankfully Mark passed this one along to me and Rob autographed this one in roughly 2 weeks.

**UPDATE**- Upon retiring from football, Robert join the private sector working for Jackson & Tull Aerospace in Greenbelt, Maryland. In the late 1990’s he accepted a job with Ball Aerospace and relocated to Denver, Colorado. He received numerous awards and recognition program awards for his outstanding work in the aeronautics field. While working at Ball, he attended graduate school and obtained an MBA at the University of Denver in Technology Management. He also obtained a Certificate for Corporate Entrepreneurship. Robert also had a passion for coaching. During his time living in Denver he coached football for several youth teams at the Boy’s Club in Denver.

In 2010, he later moved to California to pursue his other passion, fitness. He started Sterling Fitness & Wellness 4U, where he trained clients to reach their optimum fitness and health goals. He found his new business to be very rewarding and was excited about changing people’s lives.

Due to health reasons he relocated back to Maryland to be closer to his family. On August 23rd, 2019 Rob passed away at the Lorine Rehabilitation Center in Columbia, Maryland. 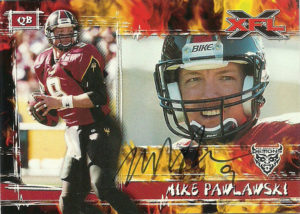 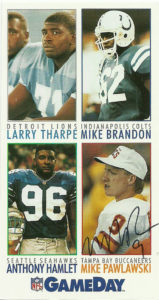 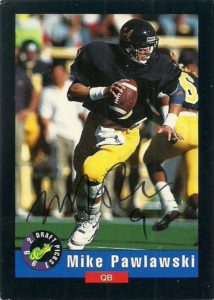