In an age of more sexy names, I really hadn’t considered the legacy of Babe, compared to guys like Tom Brady (of course), or even Drew Bledsoe or Steve Grogan for that matter. -That being said Babe paved the way for those guys. 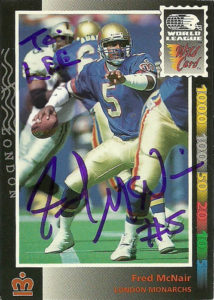