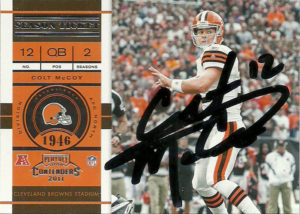 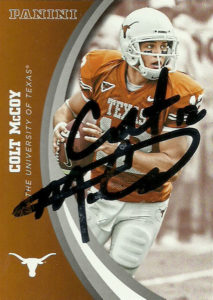 About two weeks before the event Colt put up a flyer on his Facebook feed for the Texas Meet Eat & Greet, taking place at Texas Boot Company in Bastrop, Tx. This was literally 15 minutes from me so it made a lot of sense to go to. I arranged for time off from the wife and baby. (It was occurring on the same day we were celebrating our baby’s first birthday, but honestly I had earned the time off after taking care of both of them when they came down with sickness the previous week.) I got there at about 15 minutes late, because the party ran a little long, but that’s okay. I was able to find a spot on the grass and got a place in line inside. 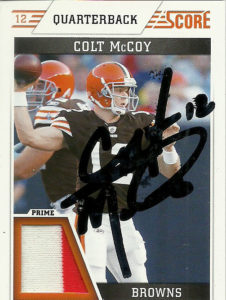 I had a lot of cards I wanted Colt to sign, and as we know, in person events can be pretty dicey with making multiple requests, so instead of being greedy and asking for 10 or 12 autographs, I cherry picked out my favorite 6 and just rolled the dice. Previous experience had led me to believe that Colt wouldn’t have a problem and luckily I was correct. While the line was long, the event was pretty informal once you got to the front. Fans were taking their time talking to the players so I figured I had a good shot. It couldn’t have worked out better. 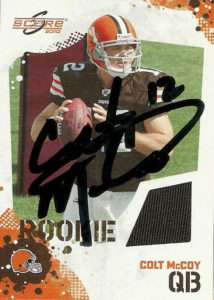 I opened with talking about Dunkin’ Donuts. I knew he owned a couple of shops. I was just shocked he owned the one right next door to us! I told him that I got donuts there on a pretty regular basis and they did a good job. He just wished that the could raise the sign a bit or get it above the Factory Mattress Warehouse they shared the lot with. It was a good chuckle. I told him that I knew 6 cards was a tall order, but did he mind signing them for me? He pawed through them and said sure. It was then that I almost blew it. 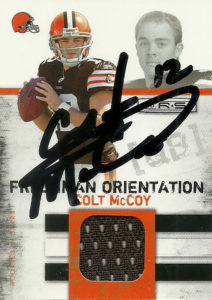 My friend Deadhorse, was a big old fan of McCoy’s. In fact he owned his jersey. When he found out that I was going to the event, he asked me if there was anyway I could get Colt for him. I said sure and I’d give it a shot. When I was talking to Colt I told him that my friend up in Ohio was a really big fan of his, and I wanted to get one for him. Colt looked at me and sarcastically responded, “Man, I don’t have any fans left in Cleveland.” It was actually a good laugh. I steered the conversation quickly, reminding him that, “Dude you beat New England, with the BROWNS. That amounts to something. I thought you got a bad wrap there in Cleveland.” He laughed and said true, and then we talked about the continuing failures of the franchise since then. 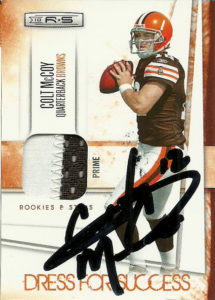 Later in the conversation we talked about how I had hoped that when he was a free agent that he signed with the Texans, but I was happy for him nonetheless in Washington.

Colt’s time in Washington has been pretty quiet since Kirk Cousins cemented the starting role at QB for the Redskins. He got in briefly during one game in 2015, going 7 for 11 for 128 yards and a TD, but outside of that he hasn’t seen any playing time whatsoever.

Cousins’ continuing contract debacle though will have a rippling effect through the league however. The Redskins started making moves in the off-season immediately trading for Chiefs QB Alex Smith and then sat on Cousins. Speculation arose as to if the Redskins were going to franchise Cousins an unheard of third time and then trade him away. In the end Washington went ahead and let him walk. Cousins signed with the Vikings, and McCoy continues to back up new incumbent starter Alex Smith. 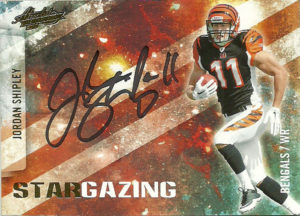 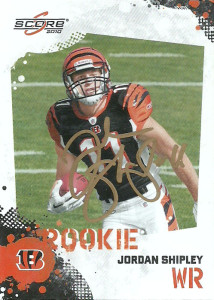 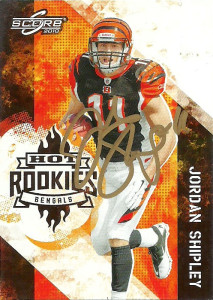 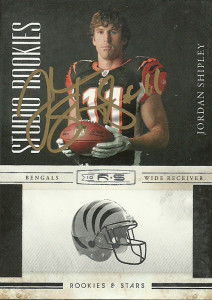 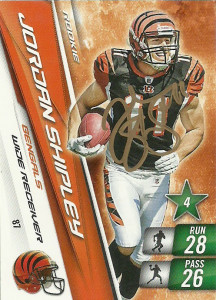 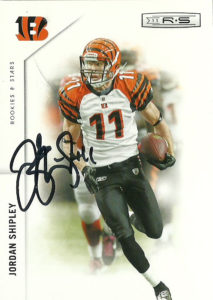 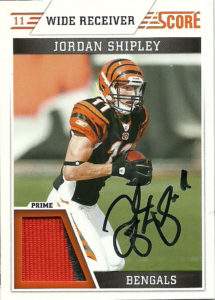 stopped and looked at, and then remarked that he hadn’t seen the card before. It’s really nice that these events are taken care of the way they are. BAM runs a tight ship, and they are really getting this down to a science. The photo memorabilia is nice, but the logos are garishly 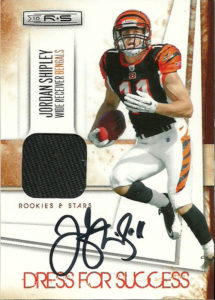 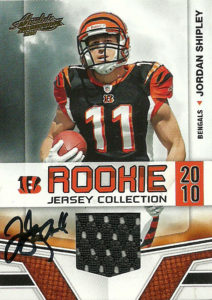 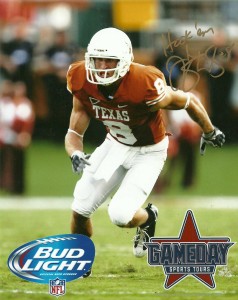 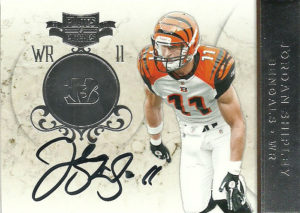